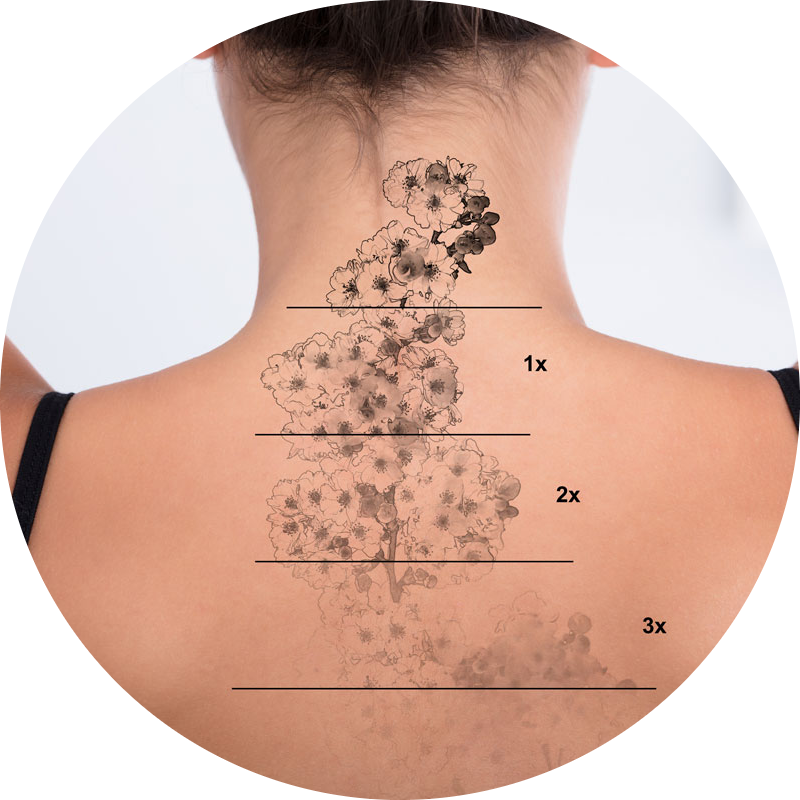 Wipe Away The Past!

It’s time to be honest.

Do you have a tattoo that you wish you didn’t have?

Do you perhaps have the name of a former lover etched on your body? Do you have an ill-advised cartoon character somewhere on your silhouette?

If you’re nodding your head but don’t really want to admit this aloud, don’t worry! We’ve all made mistakes, and sometimes that mistake involves a rather less-than-well-thought-out brush with a tattoo needle.

Can you change it?

This coming New Year, why not wipe away those remnants of the past you would rather forget and look forward to a clean canvas instead?

Here at Trifecta Med Spa, we’re proud to offer high quality tattoo removal with the PiQo4 laser. This revolutionary laser is the perfect way to literally erase that tattoo which is causing you so much annoyance, and completely forget about your lapse in better judgement at some point in the past!

We all make New Year’s resolutions at this time of year, whether we want to admit it to others or not, so why not simply decide that you’re going to look forwards rather than backwards and avoid thinking about anything which you want to forget? You can do that by getting rid of tattoos which cause you to cringe and think backwards whenever you catch sight of them in the mirror.

Don’t worry, we won’t judge! We don’t care why you got the tattoo, what it is or where it is, we simply want to know that you’re serious about getting rid of it, that you’re healthy enough to have the procedure done, and that you understand you may need a series of treatments in order to get the results you’re after.

The big question is coming - does it hurt

A tattoo hurts when you’re actually having it done, so surely it hurts when it’s being removed?

Well, the good news is that you went through the hardest part when you actually got the tattoo in the first place. Whilst tattoo removal is a little uncomfortable, it’s not unbearable pain either. Some people compare it to like a catch scratching you, while others feel a slight burning sensation. The amount of discomfort you feel will completely depend upon your personal pain threshold, the size of the tattoo you’re trying to remove and where it is. Obviously, some areas are more sensitive than others!

What you can be assured of is that tattoo removal is not going to hurt as much as it did when you were getting the tattoo that you have now decided you no longer want!

Erasing the remnants of a bad decision is a good way to start the New Year. Whilst it’s going to take a little time to remove the tattoo completely (depending on size and whether it’s colored or black and white), you can be sure that you’re on the road to erasing the tattoo that causes you so much annoyance, and that’s a pretty good resolution to make!