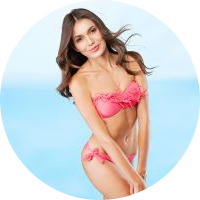 We are bombarded with the so-called idea of perfection, either from models on runways, to  celebrities on beaches, so how are we supposed to feel our very best in such circumstances?

Of course, it’s difficult, but mind over matter is a great start.

Ironically, if you can fake confidence, you’ll begin to feel it. Soon, that faking will become reality, and you’ll be confident to a fault. But, what if you’re struggling with even the fake side of it?

Summer is Upon Us

One of the most troublesome times of year for most people is summer. We booked our vacations, we look forward to going away, but then we begin worrying about baring our bodies on the beach.

If that’s the case for you, have you ever considered CoolSculpting?

Most of us have tried dieting at some point, even major health kicks, but a lot of the time those dieting endeavours leave behind excess skin, or stubborn pockets of fat that simply won’t go away. If that’s your situation currently, and it’s something which is causing you worry with beach time around the corner, CoolSculpting could be the answer to your summer body confidence prayers.

Trifecta Med Spa in New York is a leading provider of CoolSculpting.CoolSculpting at Trifecta Med Spa is the most popular and commonly requested treatment. This non-invasive procedure target unwanted belly fat, love handles, double chin and other “pinchable” area of fat.

Put simply, CoolSculpting freezes excess fat cells, to the point where they die off, disperse, and then are ridded by the body in natural ways, e.g. via urination, or sweating. The procedure is pain-free, non-invasive, and very effective for most people who try it. All you need to do is sit back, relax, and wait for the magic to happen! A small piece of equipment is held over the area, and the cold temperatures penetrate far down under the surface of the skin. The only thing you might feel is a slight amount of tingling, but that’s just evidence that it’s working! Many people even report this sensation to be quite pleasant!